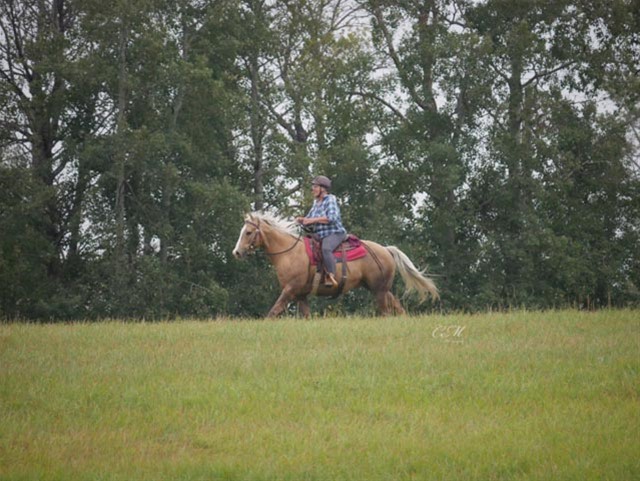 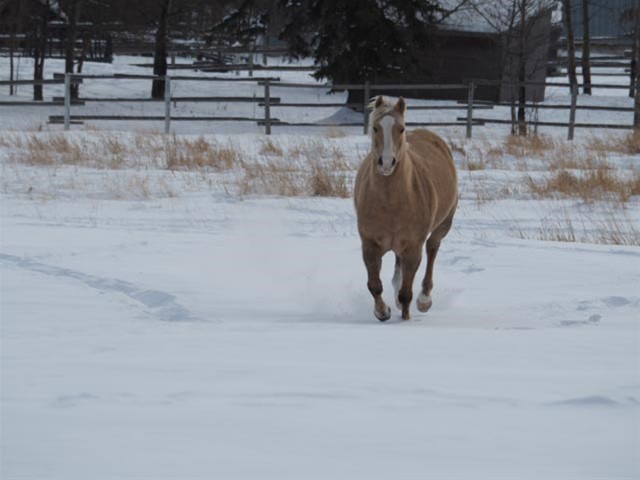 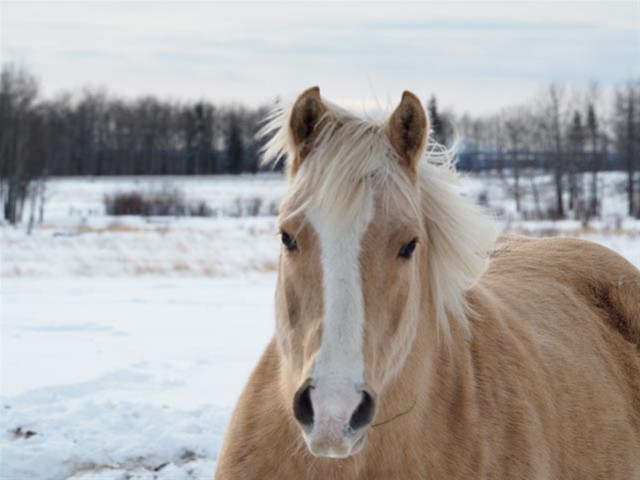 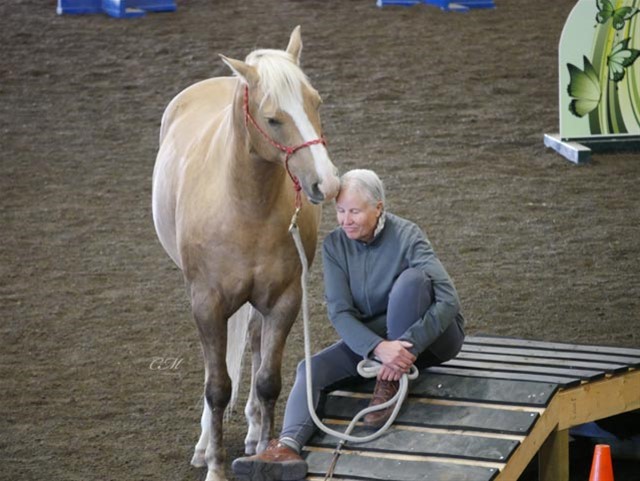 "Eddie". "Mr. Ed". "King Eddie". He is all three and more. Eddie has taught me more about horses than any other horse. He loves teaching me stuff.

Eddie is a palomino. Lots of folks prefer that color. I had written in the "wanted ad" when I was shopping for a horse that I really didn't want a palomino. I like bay. It isn't just that one color looks better in the sun or the shade. It is because when I was a kid I lived a mile from the Daines Auction Mart where every month another assortment of horses for sale would arrive. Some knew that having a young girl riding their horse through the ring could bring them more money so some Saturdays at the sale I made pretty good money at 25 cents a ride. When I would follow my new employer down the auction alleys it was always bad news when he would stop at a pen with a palomino in it. They were always the most miserable, hard to get along with horses at the sale. Not sure why. Perhaps the only palomino stud for miles around was some hard headed fellow? We didn't have any horses of our own at the time. I was 13 when I got my first horse. The auction mart was pretty much where I learned to ride. I learned not to like palominos. Or buckskins.

So while all the other kids were longing for Dale Evan's buckskin or Roy Roger's palomino, I was convinced they were the bad asses of horses.

Eddie pretty much confirmed that. His former owner convinced me I wanted him. That only the color was wrong. He was young and just started. When we met, he was standing tied in the barn at the end of a row of horses and when he looked me straight in the eye and then half reared and reached over and ran his teeth down the wall I somehow took that as a sign I should take him home. Sometimes there is just no logic in a person's horse choices.

I rode George, a horse that needed me to reassure him for many years. I rode a sweet, sweet mare just before Eddie. They both liked that I built up their confidence. Eddie didn't need my assurances that he was OK. Eddie is damned sure he is OK. I really like Eddie and his personality but nobody would say he was "sweet". Eddie is a bad ass palomino just like all the others. For some reason he just likes me and respects me. I have been "around the bush" as they say and Eddie knows I know. That helps.

But I have grown to love Eddie. He is my main go to horse. We can ride trails in the mountains, he has crossed fast and high rivers, slid down banks, jumped up banks. I wouldn't trust him with a grandkid on a trail ride but in the riding ring he is a star. He has taught me a lot. We canter across the pasture. We pony the young horses. We even play a little liberty routine.

He says I am coming along well and soon will be well trained. LOL