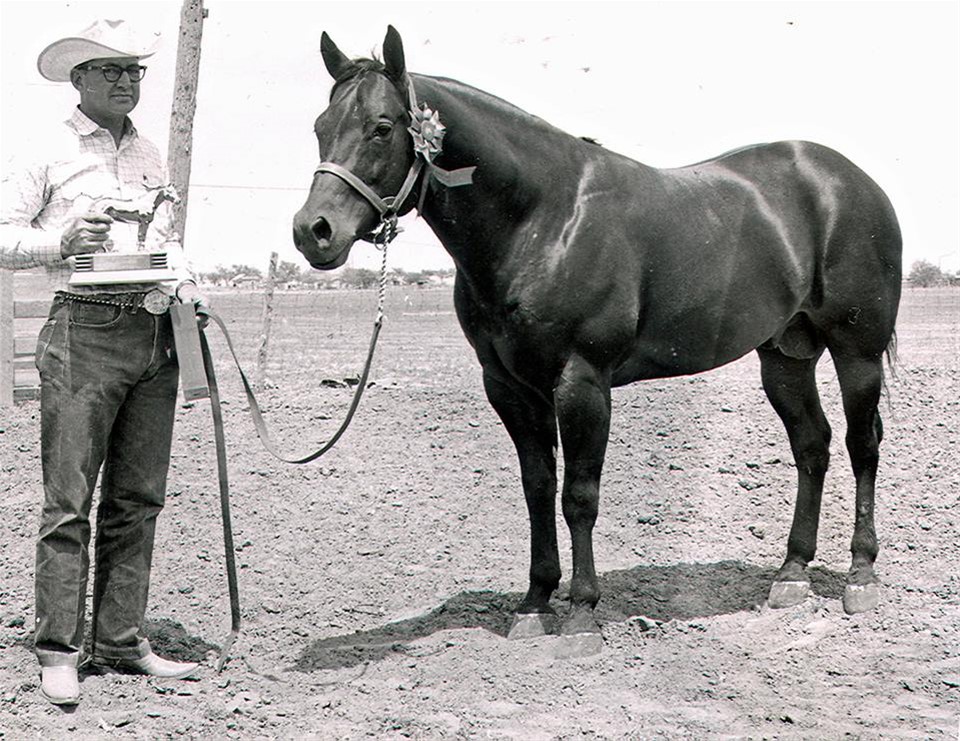 When Paul Curtner of Jacksboro, Texas, arrived at American Quarter Horse Hall of Fame member E. Paul Waggoner’s Quarter Horse dispersal sale in Vernon, Texas, on May 17, 1954, he intended to buy a Blackburn mare with a Poco Bueno filly to cross with his Bill Cody stallion, Town Crier.

When the hammer went down at $1,550, Curtner had purchased a Pretty Boy mare with a Poco Bueno colt at her side. Waggoner Ranch trainer Pine Johnson said he liked the colt, so Curtner named the shaggy bay for him.

Poco Pine began his show career as a weanling, winning each of his handful of classes. He returned to the show pen as a 3-year-old and showed until he was 12. Curtner intended for the horse to earn 50 grand championships, and he retired Poco Pine when he believed the horse had reached the goal. However, Poco Pine’s official record indicates 46 grand championships and seven reserve grand championships. Poco Pine earned 135 points in halter, 15 in cutting and two in western pleasure. In 1959, he was given a Superior in halter, and in 1960, he was honored as an AQHA Champion. He also earned $776 in National Cutting Horse Association competition.

Poco Pine covered his first mares in 1957, and from the six foals in his initial crop came AQHA Champions Poco Chico and Poco Taos. By 1964, the stallion was the leading sire of halter horses; a distinction he kept for four straight years. In 1967, he was the leading sire of performance horses. Poco Pine’s get accumulated 10,945.5 points and earned $14,794 in NCHA competition and $3,428 at the AQHA World Championship Show. He sired 37 AQHA Champions.